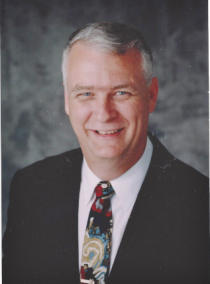 Ken Lambert is a former Air Force instructor pilot, squadron commander and mortuary officer. In 1994 he saved his first client, a friend, almost $10,000 on her husband's funeral. It was a nicer funeral, too.

Perception is important and things are not always what they appear, just like "The 108 year old bachelor getting married for the first time."

What you do not know can cost you thousands or tens of thousands when you are in the midst of tragedy.

When emotion trumps common sense, the salesman cleans up while your family regrets your decisions for a life-time.

Who is the most ruthless and manipulative funeral salesperson?

Do you really think they don't know you are aiming an empty negotiating shotgun?    The Negotiator has some ammo for you.

Did you hear about "The Aggie and the Funeral Salesman?"

Keeping it in perspective with those "Heavenly Bran Muffins."

Tag teaming the family:  "Don't you think your Dad deserves a nicer casket?"

Know which family member wants to spend the most money?

Salesperson making you feel "...lower than a bow-legged caterpillar."

It really isn't a fair fight over your wallet!

Three simple steps in three minutes can save you a minimum of $2,500.

To schedule the Negotiator to speak to your organization, give us a call at 281-357-0195. It will be entertaining and informative at the same time.  And you will decrease your vulnerability to the funeral industry.